Making its debut at LAMMA, the RT500 rotary mower and RH500 residue harrow combination has impressed judges to win the Arable Category of the LAMMA Innovation Awards. Recognised for its ability to tackle crop residue and for its potential to reduce slug populations and pesticide use whilst promoting stale seed development.

With a cutting width of five metres, the Razorback RT500 mower boasts solid construction and efficient rotary blade action which makes light work of most demanding agricultural and amenity operations. The combination of the deck’s unique shape and the triple blade configuration produces unapparelled updraft to award users a superior cut, even for a longer swath finish.

The contour following RT500 has been developed with strength and durability in mind featuring an easy-clean double skin deck and full-length removable skid shoes to extend the longevity of the machine. Additionally, the RT500 is fitted with the highest specification Bondioli & Pavesi gearboxes and drivelines with the latest easy lubrication system. Housed by top of the range guards, the 250HP driveline assembly provides ample power to the wing mower’s three triple-blade rotors, with a wing free float to help protect the hydraulic rams from excessive wear.

Coupled with the RH500 trailed residue harrow, the duo lends itself to a variety of tasks including stale seedbed and grassland management. With a working width of 5 metres and five rows of heavy duty tines the RH500 distributes chopped residue and promotes a flush of weeds in stubbles. When used over grassland, the combination cuts and reinvigorates pastures by stimulating the lower levels of the sward for healthy regrowth. 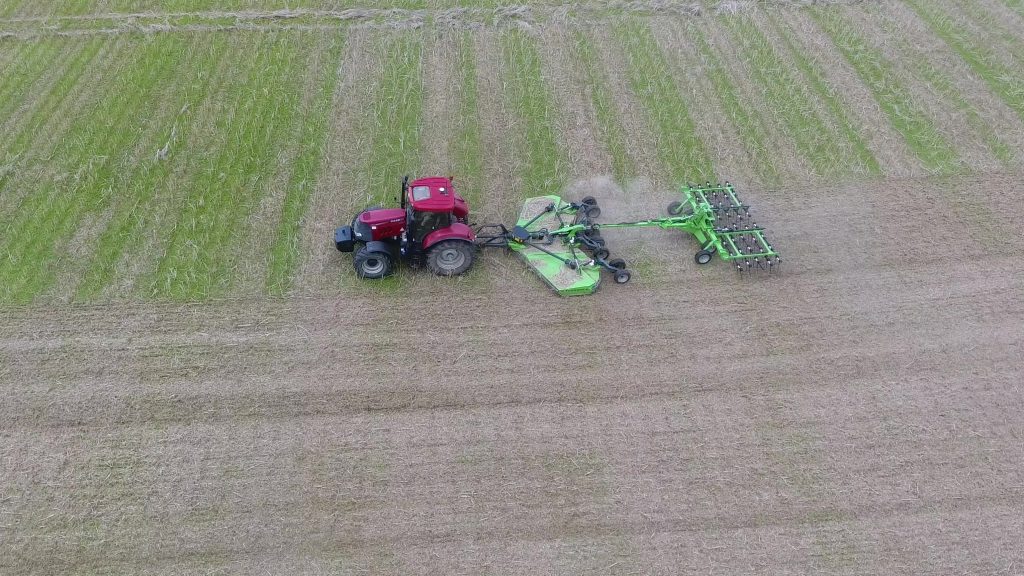