Designed to compliment the RT Series mower, the Razorback Residue Harrow proves itself as an indispensable tool in the management of vegetation.

With a uniquely designed parallel linkage, the tines maintain constant contact with the ground independently of the drawbar, whether affixed behind the RT Series or directly to the tractor.

When used together, the duo provide even greater versatility over a range of applications including creating stale seedbeds pre drilling and improving grassland.

When following the RT Series, stubbles can be topped, debris distributed and the surface stimulated to promote a flush of weeds and volunteers ahead of Autumn drilling in one pass.

By consolidating two passes into a single operation, the combination can save users time and diesel helping to bring down establishment costs and can mean growers are able to make best use of their available chemistry to achieve an effective weed kill.

With adjustable tines, the harrow can be set at different angles, making it the ideal tool for invigorating grassland directly behind the RT Series wing mowers.

Over time, cut residue can often settle at the base of the canopy and form a thatch which can have a detrimental impact on the quality of the regrowth, leaving pastures feeling tired and unproductive.

By disturbing residue in the lower levels of the sward, the wrap around tines promote better aeration, and can reinvigorate grassland, resulting in healthier growth. 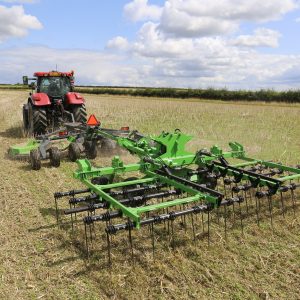 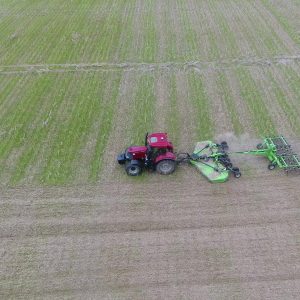 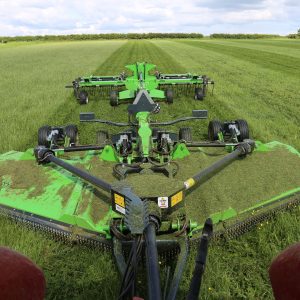 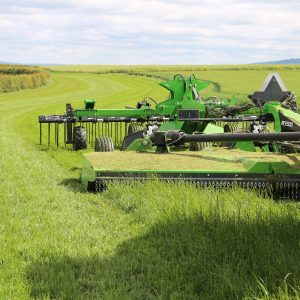 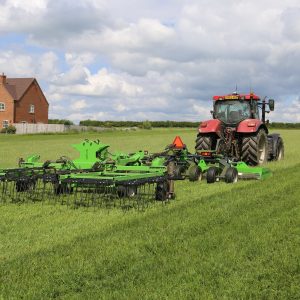 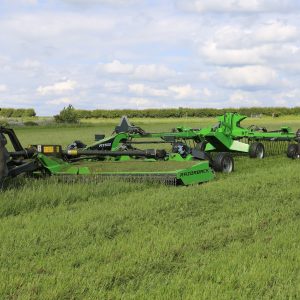 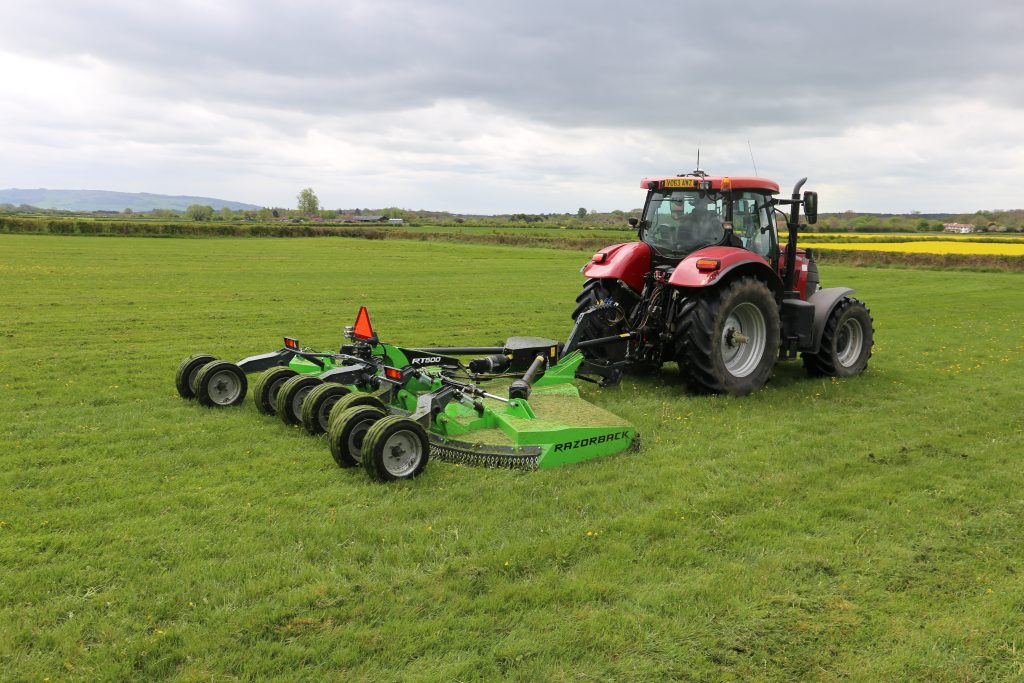